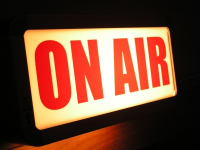 This article, aimed at the advertising trade and media industry,  was written on behalf of Jacaranda FM and published in The Media in 2009.

The first decade of the 21st century is all but over, and in another 10 years from now, broadcast radio as a publicly targeted medium will be roughly 100 years old. And they say the end is near. One cannot help but wonder how the centenary celebrations of “broadcasting for the people” will look. Current trends predict a bunch of ageing radio people reminiscing about the golden age of format clocks and TSL.

When one is confronted with a question like “How do I attract the next generation listener to my radio station?” in 2009, the answer differs vastly from the 1989 answer to the same question. Back then, it was relatively easy to figure out that the most popular personalities, playing the most popular songs would attract the most listeners.

Jerry Del Colliano writes on his “Inside Music Media” blog that traditional terrestrial radio is now a destination entertainment medium for available listeners – the Baby Boomers and older members of generation X – and as such, is still a very good business model if those markets are properly targeted and catered for. Beyond that, his view is that radio has little future.

Now, how do radio companies survive this existential onslaught and deliver a “next-generation consumer” to its dividend-hungry shareholders who thought they invested in a fail-safe business model, of minimum expense, in return for enormous advertising profit? Del Colliano says radio content providers, marketers, and salespeople must embrace alternative ways to entertain Generation Y – terrestrial radio operators should become the drivers of mobile, internet and Wi-Fi entertainment for a youth generation that rivals the Baby Boomers in population size. The role of social networking, mashups, and viral marketing is a key component of modern-day content creation – using the next generation’s amazing ability to ‘spread the word’.

The radio station must, therefore, produce dual content platforms – one for the older terrestrial audience, and one for the tech-savvy, content-hungry and ease-loving ‘next-generation consumer’.

In true Web 2.0 spirit, Del Colliano is heavily criticized on his own blog for representing a view on generation Y consumption that is exclusive to industrialised and highly individualistic Western societies. The view is that he cannot just assume the kids won’t listen to the radio anymore. Especially not when it comes to developing countries or other cultures.

South Africa, for one, is still somewhat sheltered from the full onslaught of the technology revolution because of our bandwidth issues and disparities in our society. FM radio can also thank the lack of first-world public transport for its dedicated, in-car audience during peak hours. On top of that, a lot of South African radio stations are culturally unique and significant – thereby already shaping the social networking community of the future.

In October 2008, during a study trip to the Deutsche Welle Academy in Bonn and Berlin, Germany, our group of radio professionals from several countries in Europe, Asia, and Africa had a lengthy discussion about what German programming expert Thomas Roth called Radio 2.0 and how it differs from traditional radio. He called Radio 1.0 the “retail model” – where the product offering is designed to satisfy “most people” most of the time – generating maximum sales by generating a maximum audience. And you generate maximum audience by being “safe” – only the popular hits, only the content that will appeal to most people – nothing edgy.

Radio 2.0, on the other hand, is content-based added value – the product offering is tailor-made to satisfy individual needs. In the process, it also brings like-minded people together in social networking communities. It satisfies a deeper and much more personal need than Radio 1.0 would ever be able to; by giving choice back to the listener. It does away with the ‘sheep mentality’ of large retail. The conclusion was that, in the long run, Radio 1.0 should theoretically not survive Radio 2.0.

Radio people are the most loyal listeners you could imagine. We are passionately in love with radio as a medium and to us, it’s truly a labour of love – at the service of our listeners. Even though none of them listen as intently as we do. Unfortunately, it will also be radio people doing things “My Way” who are to blame if the revolution passes us by and radio did not transform and adapt quick enough to hook the next generation listener by becoming a cool and consumable technology again.

One thing is clear: if radio wants to survive this time around, a total paradigm shift, away from linear output is critical. The radio station has to be turned into a multimedia content provider, where the web site becomes the central hub of content distribution and the traditional radio station is secondary to that – a way to market the web portal, a showcase of the content highlights available online, a soundtrack to the content ‘mother’ brand.

It will require substantial investment in content generation (more than what is currently needed to sustain a commercial music station) and it will require some radio people to think differently in order to capture the imagination of Generation Y.